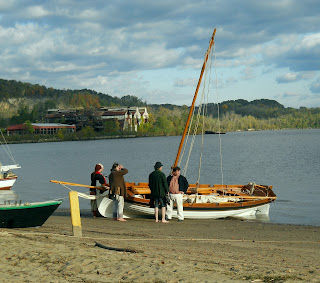 One of the earliest exploits in revolutionary Elizabethtown, NJ was the waterborne expedition by townsmen in various private and militia capacities under Col. Dayton, along with 40 soldiers in the 1st NJ (1st Establishment) under Col. Alexander ("Lord Stirling") to capture a British supply ship 40 miles off Sandy Hook.  The Blue Mountain Valley Whaleboat Raid involved many community notables, including those mentioned in the Belcher Journal, for it seems that our diarist was also involved, albeit unwittingly, in this local initiative that received the thanks of Congress.  Belcher also reveals the fate of at least one of the Committee of Safety muskets, passed out to eager raiders, that failed to return to the community arsenal. 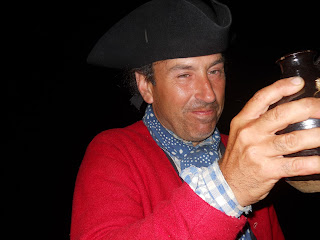 Jany 23rd                awoke as I thot afflicted with Bedspins but found to my distress was still benighted & at sea/  Fear’d taken by Tory raiders but reveal’d to be Cozen Aaron & others known to me from Eliza. Town / Saw Spenser at the helm with Col. Dayton an schoolmaster Barber all fit to frighten the French.  Ask’d what was afoot & Cozen Aaron said there would soon be good sport/ At first light far out in Bay saw the Pretend Lord Starling with 40 odd of the 1st regt. of this Province in anuther vessl & each now commenc’d a-pulling to outpace th’ other/   Board’d an English ship on heels of Cozen Aaron who seem’d this Day more than half a Pyrate.  Capt. J. Dumpster struck his Colours to us/ much hussas and firing of Committee of Safety firelocks in celebration/ Prize is supply ship Blue Mountain Valley & stinks of swine, but has Hogsheads aplenty of good Porter praise be to God.
Jany 25th -              Made port at Eliza against contrary winds/ Vessel most unseaworthy/ Heard was 3 wks on the Coast without speaking any King’s ship an suffer’d grately from want of water/  8 hogs only remain out of 80 on manifest/  Told to expect share of plunder once vetted at Auction/  Took home Committee of Safety musket lest some Tory villain abscond with it. 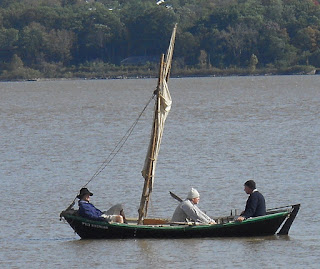