Surviving Continental Line Orderly Books frequently mention difficulties regulating the activities of the regimental sutlers: merchants authorized to provide small comforts and necessities to soldiers of a particular unit.   More often than not, the prices charged were considered excessive, particularly for men whose pay was irregular at best and was issued in Continental script of increasingly little worth.  Those who had money were inclined to spend it on the hard spirits that sutlers often had on offer, leading to orders such as the following, issued on March 10th, 1779 by Colonel Richard Butler, in his capacity as commander of the 2nd Pennsylvania Brigade:

As the State of Pennsya have Been Pleased to send Stores for the use of the troops to be sold at as Reasonable a rate as possible (for Cash only) and as the Exorbitant prices exacted by the sutlers for every article they bring to Camp only tends to Impoverish and not to serve the troops they sell to, in Order therefore that the men may have the Benefit of their pay and that the good intentions of the state shall not be frustrated, it is ordered that sutlers now selling Liquor of any kind in the 2nd Pennsya Brigade shall depart from the camp by the 14th instant, and that from this time they do not Presume to sell or Deliver to an soldier or Non Commissd Officer on any Pretense whatever Liquor of any kind without a written order Sign'd by the Command'g Officer of the Company he may be long to, and that in future no person be permitted to bring in to Camp, any Whisky, Rum or Cyder royal or keep any Tippling place or Dram Shop within the said Brigade, Cyder only excepted, which my be sold by Permission of the Commg Officer of each Regt. to the soldiers of the regiment only."

Maxwell's Jersey Brigade was quartered on its home ground in the vicinity of Elizabethtown and Newark during the winter of 1778-1779, which offered further opportunity for the men to procure such creature comforts from local sources.  Moreover, a brisk though unauthorized traffic in British goods - the so-called "London Trade" - took place between loyalist Staten Island and patriot Elizabethtown, even as partisans on each side made frequent raids across Arthur Kill against their opposing neighbors.

Not surprisingly, given his enterprising and opportunistic disposition, Constant Belcher found himself in a position to profit from the black market side of the sultering trade at this time while serving as batman to Maxwell's Brigade-Major Aaron Ogden, who was wounded in the side by a bayonet on February 25th, 1779 during a night-time raid by Staten island loyalists.  While Ogden convalesced (under the tender ministrations of  his future wife, Elizabeth Chetwood), Belcher's journal reveal that he found himself at greater liberty to pursue his own happiness. 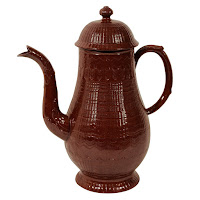 "Febr 27th  1779  Eliza.  - Maj. Ogden a-feelin' sorely after play at poke-a-pig with Tory marauders / went to ye Sutler's to requisition sum Brandy to ease his Suffern, Dr. Barnet's store being much diminished after Scotch Willie & Lord Starling did stop in for a dram / Unhappily none to be had, not Jarzy Lightnin' nor Cyder nor the jews of ye potato that Hoozar Pulaski does drynk by ye runlet / On my return  met with tapster Meeker who did offer me a  cup of small beer from his cellar.  Am resolv'd to enter ye sultering line.

Febr 28th 1779  - To Day did make application as Sutler to ye Colonel's Coy.  Took as a rouge de gear ye name of Starbuck, proprietor at Ye Sign of ye Mermaid / Through ye London trade landed a bargain gross of redware solo cups for ales lest they become confus'd with ye grande ones intend'd for coffee. 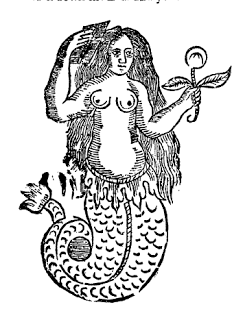 enterprise in contemplation, thair being no cream to be had in Eliza, found it simpler to express directly from udder to cup which produc'd a wonderous froth for ye coffee.   The name Syllabub already taken for this manner of whitening wine, have decided to call it Express-o & sell it at 6p, or 1s double shot.

Mar 6th 1779 - Business being brisk have decided to expand ye franchise to ye other Coys of the 1st Jarzy Regt / Did make contractt with Ens. Levy of our Regt. who does have relatives in Nieu Yorck, to provide fine lean salt beef, half sour cow cumbers in brine & a thin sort of hard tack much esteem'd by ye Hebrew people of that Towne.

Mar 8th - Ye Sign of ye Mairmaid now to be found on every street of ye encampment / Did add Pompion spice to old coffee by which ye flavor is grately improv'd & does generate good custom / Mayhap adding divers spices will increase consumption / will try adding ramps when spring onions are in season.

Mar 15th 1779 - Last night to my grate misfortune ye Tory sons of hors did cross ye Kill & set fire to ye warehouse that did consume all comestibles in my inventory.  'Twas a fine venture but am well shut of this business, as coffee drinkin' is but passing fashion and can not last ye war.
Posted by Tim Abbott at 1:49 PM 1 comment: