Alive, Alive, Oh No: Belcher and Matters of Precendence in the Factious 1st NJ

The Battle of Springfield New Jersey (June 23rd, 1780) was the last, large land engagement in the Middle States during the American Revolution.  A Crown force of more than 5,000 troops from the New York garrison under Hessian Lieut. General Wilhelm von Knyphausen, crossed from Staten Island on the night of June 6-7 and was held at Connecticut Farms by determined Jersymen in Maxwell's Brigade and local militia coordinated by Maxwell's A.D.C and former Brigade Major Aaron Ogden.  Pushing on toward Morristown, Knyphausen's columns were recalled when a staff officer arrived from Sir Henry Clinton, who was on his way northward from his successful operations in the South with a plan of his own that this unauthorized raid threatened to upset.  Leaving the village a smoking ruin (and the body of the parson's wife and distant Ogden relation Hannah Caldwell lying dead in the street), the invading troops withdrew the following evening to occupy Elizabethtown.  During the next weeks British reinforcements arrived by sea while Washington's army awaited developments from its refuge in the Watchung mountains, and the Jersey Brigade occupied forward positions below.

Two roads led from Elizabethtown West toward Springfield and Hobart Gap, which was the key to reaching the Continental Army encampment at Morrisotwn. Knyphausen's force, now with Clinton's blessing, advanced along both of these during the Battle of Springfield in an attempt on Hobart Pass. Along the Galloping Hill Rd., Col. Israel Angell's 2nd Rhode Island Regiment defended the first bridge over the Rahway River, with Col. Israel Shreve's 2nd NJ in support along with Proctor's Artillery.  The bridge on the Vauxhall Rd. was defended by about 50 dragoons from the 2nd Partisan Corps under Major Henry "Lighthorse" Lee, supported by Col. Matthias Ogden's 1st NJ and some local militia. As it happened, the position was outflanked the day of the Battle by the Queen's Rangers and NJ Volunteers (loyalists), and Lee was compelled to execute a fighting retreat.


It is interesting to note that it was Major Lee, and not Col. Matthias Ogden, who had command of the Continental forces in this sector.  There is strong evidence, though, that Col. Ogden was indisposed and unable to take the field.  In closing a letter to their father dated June 15th, 1780 (published in Wheeler's Ogden Family genealogy) in which he describes the fight at Connecticut Farms, the Colonel's brother Maj. Aaron Ogden notes: "Colo. Ogden has been ill, but is now fast recovering."

The 1st NJ was also without another of its senior officers, Major Daniel Piatt, who had died of disease at Jockey Hollow in Morristown on April 16th, 1780 and had not yet been replaced.  Not only that, but its Lieutenant Colonel, David Brearley had retired the previous August and was now New Jersey's Chief Justice.  One of Ogden's former captains, Major John Conway, (having served in the meantime as Major in the 4th and then 3rd NJ), had been promoted on August 23rd, 1779 by Major General Sullivan during the campaign against the Iroquois to fill Brearley's vacancy as Lt. Colonel.   Lt. Col. Conway would have been senior to Major Lee, and by the rules of precedence should have been in command of the force at Vauxhall Rd.  Bridge if he were available to serve, but his appointment by Sullivan was not confirmed by the State of New Jersey until March 17th, 1780.  His ultimate status as Lt. Colonel was not clearly resolved until Washington himself included a report to that effect in a communication on July 4th, 1780 with General Greene: nearly two weeks after the Battle of Springfield.

Conway was no friend of Col. Ogden's, having given evidence at Court Martial against the Colonel in 1779, after having been brought up himself on court martial charges by the Colonel just three months before.  Perhaps he delayed what would not have been a pleasant reunion, or perhaps the uncertain status of his appointment kept him away from the army altogether until after Washington's letter to Greene.  He and Colonel Ogden managed not to serve together during the remainder of 1780, with Ogden on command with 4 light companies in Lafayette's Light Division in early August leaving rest of the regiment under Conway.

Until now the best that historians could do was to speculate as to the reason it was Lee and not Conway had command at Vauxhall Rd. Bridge.  A close reading of a recently deciphered fragment from the Belcher Journal, however, opens yet another possibility that would account both for Conway's absence and for Colonel Ogden's prolonged illness that kept him on the sidelines.  Once again, as an example of the "small man" theory of historical contingency, Constant Belcher plays a singular, if unwitting role the developments. 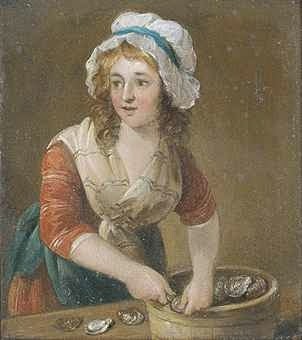 Colo. Shreve did present a bushel of Barnegat Arsters as a Peas Offalling, tho not in brine as any Bayman worth his salt would know but fresh took of a Month with no Ar & unfit for humane consumshun.  Thair was no time to warn Colo. Ogden before he did set to, but saw no harm in letting Colo. Conway eat his fill before enforming Mag. Ogden of that West Jarzy natural [Shreve]'s foe pass as ye Froglanders say.  Both orificers did directly trot to ye sinks & so to bed agrownin'.  As we have no Majr fit for to Command ye Battal'n, Capt. Forman [John Forman, eldest Captain of the 1st NJ] may serve.  Prey our neighburs ye British be Snugg enuf in Niew Yorck town & Staaten Eland whilst our Colo. does remain dishabille.

Posted by Tim Abbott at 9:29 AM No comments: