"A Mashine to Blow up Shiping": Constant Belcher's "Submarine" 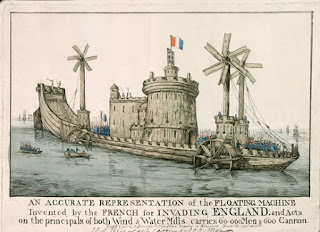 The American Revolution was fought largely with smooth bore muskets and light artillery and produced few military innovations.  Patrick Ferguson's breech loading rifle and David Bushnell's submarine and the advances he made in underwater demolitions are notable exceptions, but for the most part the fight for North America came down to conventional military technology.

There were other inventors, however, who sought Congressional contracts for everything from backpacks to musket tools.  In the autumn of 1775, Captain John MacPherson proposed to Congress that he had developed a method which  could "take or destroy every Ministerial armed vessel in North-America" and proposed that he try out his theory in and around Boston Harbor.  Washington, however, got a second opinion from his artillery commanders that determined " in as much as he set out upon wrong principles, the Scheme would prove abortive."

Another inventor, Joseph Belton, even proposed in April, 1777 that he could manufacture a musket with a sliding lock and superimposed loads capable of firing "up to sixteen or twenty [balls] in sixteen, ten, or five seconds of time." 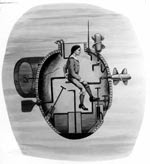 Belton impressed Benjamin Franklin as "a very ingenious Man" and he did not confine himself merely to muskets.  Like his fellow Nutmegger David Bushnell, he took a strong interest in submersibles.   In July, 1776, he sought a Congressional contract to

"make a Machine by the help of which, I will carry a loaded cannon, two or three miles up or down any of our harbours without any other assistance, and all the way there should appear nothing above the surface much larger than a man's hat and...would wholly descend under water for some time, and by expanding, would rise to the surface at pleasure, and by this means, to avoid any discovery when I had arrived within an hundred and fifty, or two hundred yards of a Ship, I could descend under the surface and go alongside of her bottom against which, I could discharge the cannon, that should be prov'd large enough to send a ball through any ship's side."

There is no evidence that Belton's theories of underwater gunnery were any sounder than MacPherson's, nor yet that he ever developed even a working prototype of his invention.  A close reading of the Belcher Journal, however, indicates that he, too, should be listed among the inventors of the era who, like Bushnell and Belton, experimented with submarine warfare.

“Jul 24th 1776 – Sum Associators arrivd to Day in Eliza. from Penna  to jine the Flying Camp /  Our neighbours the British are snug enuf from these Heroes on Staaten Island /  Did hear from them much talk of the learned Dr. Franklin & his wonderful mashine to Blow up Shiping / An enterprise of this nature might be advanced in these waters to our credit with the right backing /  As the Great men of this Town are either off asoldierin' in Canady or have removed their House holds to the Interior, there is none left to venture me the Capital.  Necessity must be midwife of invention.”
Jul 25th 1776 – To Day began a-foragin' such small things as shall not be missed & necessary to build my Mashine to Blow up Shiping / Laid by diverse articles suitable to my Purpose in the reeds by D’Hart’s Point /  Told any who enquired of my business in the marsh that was after the Fiddler Crab, a most excellent bait for Rockfish. 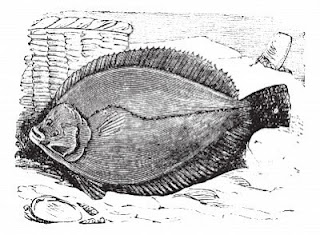 July 30th 1776 – My Mashine now takes shape /  Have determind to name it “The Flounder” for it shall  lie flat on the water and show little more above the surface than an egg basket, which I foraged from Mrs. Hetfield & reliev d  of her also the eggs /  This basket I have affixed bottom side up over a hole in the deck through which a man might thrust his Head to navigate by /  His other parts are to remain below and propel the Mashine by means of vigorous kicks of the leggs, much as we did do as boys in the surf down the Shore /    Right pleased with progress & believe sum Gentlemen in Congress may find it to their satisfaction to grant me a commission to deliver  up a fleet of such Mashines in consideration for good Continental money.
August 12th 1776 – Construction delays due to a lack of suitable oilcloth water-Proofing for the frame of The Flounder /  This having been happily discovered behind Spenser’s Sail Loft, am now painting it Blue that the enimy shall misapprehend my Mashine to be merely water /  Still seeking suitable armament to take on Man ‘o War.

August 19th 1776 – Have mounted two wall guns or Amusettes to either side of egg basket which shall fire by means of strong hempen cords held between the teeth /  Still seeking heavier artillery / Time short before the Invader must make his move from Staaten Island on New Yorck or to wherever he will.
August 26th 1776 – Have affixd a cross bow fashiond  from barrel staves to deck before egg basket / Tho it obscures the view somewhat forward it will fire a spear tipped with burning pitch /  Must remember to light a slow match before launching The Flounder this night with the Tide.
August 27th 1776 – Did set out on maiden voyage of The Flounder /  Found that hanging below deck neck deep in water was much colder than expected and did Chatter most alarmingly and experienced considerable shrinkage of my manly parts /  Much to be regretted, tide did convey me not in the direction intendd  to where the Shiping lay by the Watering Place across from New Yorck Town, but in Stead down the Kill toward Spanktown where I was forcd to part company with The Flounder lest I proceed with it even to Sandy Hook and thence  mayhap to Spain /  Went to bed much discomfited and troubled with ague. 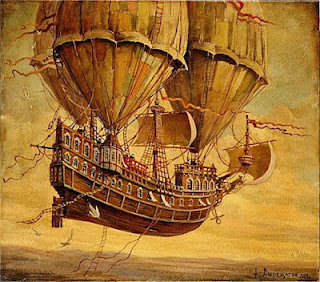 Aug 28th 1776 - Ministerial army did cross to Long Island unmolested, and even now we hear the sounds of Battle across the water /  Would that the Flying Camp was truly capable of flight, for then we might devise a Mashine to Blow the Enimy up from above, but that is just idle Fancy /  Must be the fever talking.”
Posted by Tim Abbott at 12:05 PM