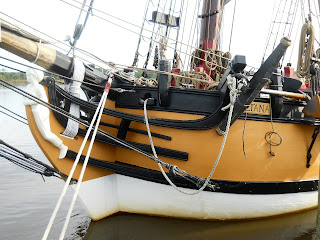 Piecing together the Revolutionary service record of Constant Belcher from the disordered and fragmentary leaves of his Journal has proved a considerable challenge. Thus far,  investigation of the Belcher Journal has revealed that he enlisted with the 1st NJ Regt. in its 2nd establishment, in which he was the servant or waiter to his cousin Lieutenant (and later Brigade Major) Aaron Ogden, in January, 1777 and was still in service in the Fall of 1780.

Having now transcribed several excerpts from 1776, it seems quite clear that Belcher was not present with the regiment during its 1st establishment.  Nor have we yet discovered anything in his Journal to indicate militia service during this period.  Belcher did take part in at least two military enterprises as a civilian volunteer in 1776, however; namely, the Blue Mountain Valley Whaleboat Raid , and against the British Fleet off Staten Island in an experimental demi-submersible of his own design.

Belcher appears to have been something of a waterman - at least, he had an affinity for fishing and was comfortable enough in boats to fall asleep in one small watercraft on a January evening, and to put to sea largely beneath another.  Thus it is perhaps to be expected that he might have found the prospect of privateer service attractive, and indeed in the Fall of 1776 we find a Journal entry that confirms that Constant Belcher entertained notions of freebooting for Liberty.  It is fortunate for him, and for posterity, that it proved but a passing fancy, for the vessel in question was the scummiest he'd ever seen, and as aficionados of seafaring folk songs know full well, she was lost with nearly all hands (and all legs) in her first engagement.


"Sept . 21th 1776 -   Went to Paulus Hook this day to see New Yorck Town afire – a most baleful & affecting sight / Prodigious smoke & genrl destruction at North River side /  Providence or some Friend of Government mayhap strikes the Invader a sharp blow leaving them but a moiety of the City.

Did see a Broadside whilst at this Place a-callin for young fellows of Courage so bold to smite the usurper’s pilferers and enter on board The Antelope, a Privateer /  Understand the Master one Elcid Barrett to be a congenial Captain and free with the Grog / Was sore tempt d  to list, but upon viewing the Vessel in question  found her a most sickening sight,  a-listin herself to Port / She is armed with but trifling four pounders of grate antiquity an sure to crack at the first fireing / What sails had she would not fashion a serviceable market wallet,  an’ only the Cook has got his Topgallant Sails.

The lure of Prize money  did draw on board a ducid curious collection of Bergen Dutchmen, the larger part fisherman an by their talk no friends of Liberty / Found upon examination  Letter of Marque  affixd with stamp of the Crown / Slipped my cable lest I fall into ruinous company and returnd  Eliza. Town full glad to be free of that nest of Tories / Predict our shiping will have little to fear from that rum crew as but one fat ball will serve to stove her in.”
Posted by Tim Abbott at 6:14 AM